A new kind of city and province is needed at the border. People migrating might be settled on some land, set up self government, and establish transition and relations, work visas, etc. At least the kids will not be in cages! Over 40% of land along the border is Federal forest and tribal. Federal land is leased to oil companies, and this use would save a more valuable resource.

Irrigate a province on the edge of one of the fertile areas, building a self governing city instead of a wall, a joint US-Mexico project. Guest worker programs could be run from there, looking to return and re-civilize the nations fled. 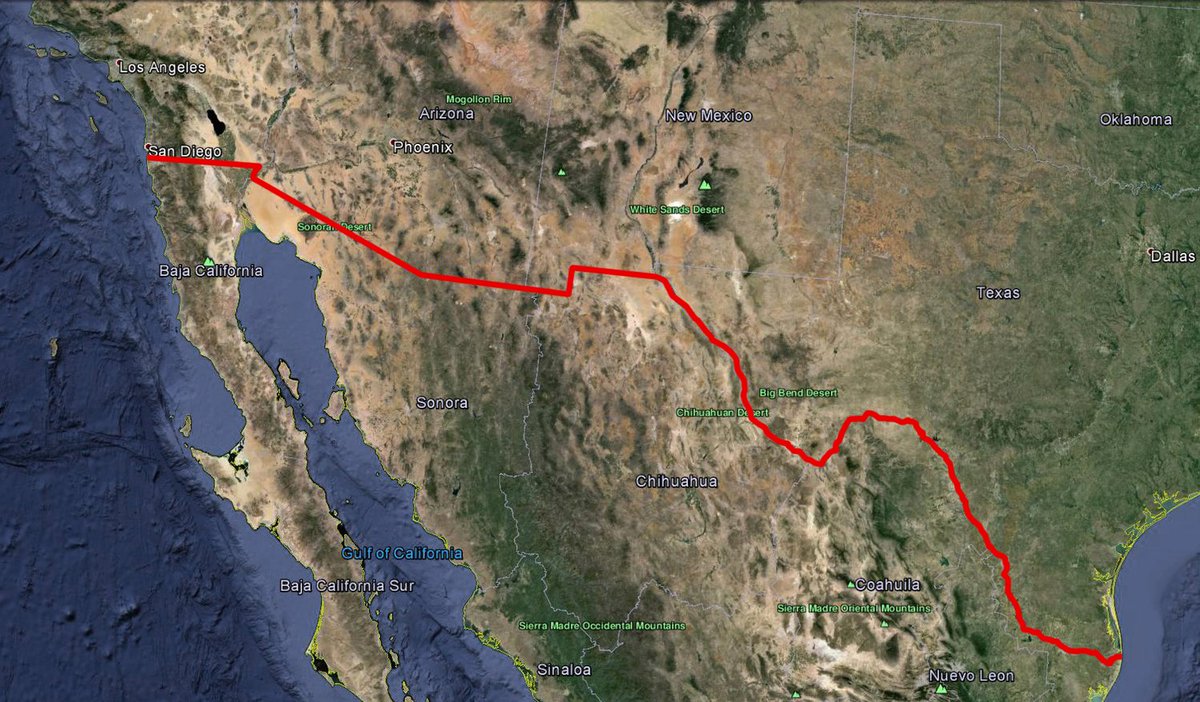 As the cities would be formed of refugees fleeing gang violence, we would have a good start at setting up an island of lawfulness amid an area of murder, as at Matamoros. The first refugee settlers would elect a mayor, council and appoint judges. The extent of self government and self sufficiency would be as much as possible. The cities would of course have police and military, again subject to whatever sovereignty is manageable. Homesteads and work or plans for their own economy would be set first, addressing the basics of food, water, shelter, sanitation, etc. with aid of course at first getting the colonies started. We would especially look forward to seeing arise of themselves the provisions for education, as each gravitates toward the functions they best serve. Relations with both the US and Mexico might be established, with guest workers going out and money coming in, and measures taken to prevent the settlements being used as a hole in the border for drugs and undocumented immigration. But weed would of course be legal, and drug use considered not a violation of the rights of others, so large prisons would hopefully not be needed. The whole would be an interesting experiment, allowing us a fresh try at the Principles of the Declaration and the Bill of Rights.
One ultimate end would be the return of many to solve the problems from which they originally fled, with many relations remaining to the nations of origin. Drug demand is a US caused problem, and the result is the breakdown of all law. Hence the problem is our responsibility, and when one takes care of its responsibilities, it has a way of proving to be for its true interest, even economically.

One thought on “A Centrist Border Solution: Transition Cities”